What is International Women’s Day? It’s a global day celebrating the social, economic, cultural, and political achievements of women. The day also marks a call to action for accelerating gender parity.[1] Since 1975, the UN began celebrating International Women’s Day, along with a theme and events to empower women around the world. Yet, its history is unique. International Women’s Day has it origins as a socialist/Soviet holiday dating back to the Russian Revolution; it was originally a day to celebrate women’s rights and women’s liberation from being second class citizens. It was customary for women to receive flowers or gifts or get the day off from work. Russia and several former satellite states still carry out this tradition. Ironically, the first Women’s Day Observance was held in 1909, in NYC by the Socialist Party of America.[2]

On March 8, the organizers of the Women’s March harnessed the symbolism of International Women’s Day to create “A Day Without A Woman.” A protest that symbolizes unity and to “highlight economic power and significance that women have in the US and global economies.” The march was inclusive calling attention to the injustices cis women, trans women and gender non-conforming people continue to face. Marches were organized on a global scale.

Since the early 20th century, Washington Square Park has been synonymous with activism. In 1912, 20,0000 workers rallied in response to the disastrous Triangle Shirtwaist Factory Fire to protest for better working conditions. In 1915, Women marched through Washington Square Park for their Suffrage. In 1917, the Arch Conspirators declared Washington Square Park and Greenwich Village a Free and Independent Republic. This vibrant history of free speech continued on into the 60s and 70s, the anti-Iraq protests of the early 2000s; and today it was the perfect location for “A Day Without A Woman.”

Here are the voices of Washington Square Park told through photographs.

Pop-culture as a reflection of current events 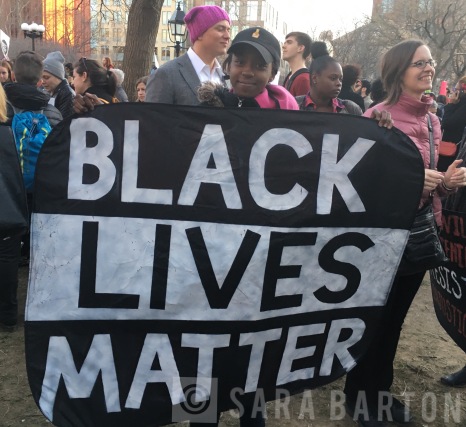 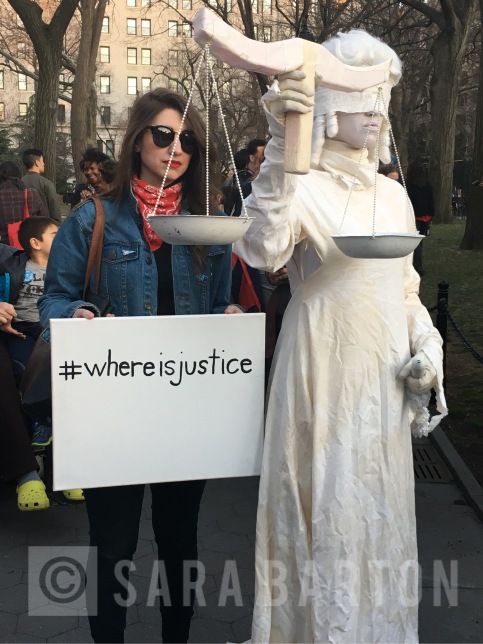 The question we should ask—regardless! 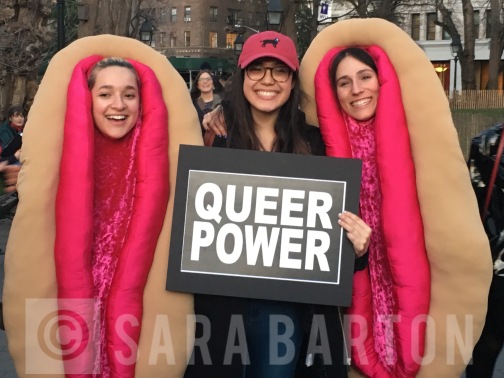 It was good timing, as representatives from What’s In Your Box (an organization on promoting sexual health and empowerment) came to show their support. A woman carrying a sign saying “Queer Power” stood in the middle. Perfection!

Last, but not least your moment of zen as the NY State Nurses Association shows their support!

All photographs and video: Sara Barton